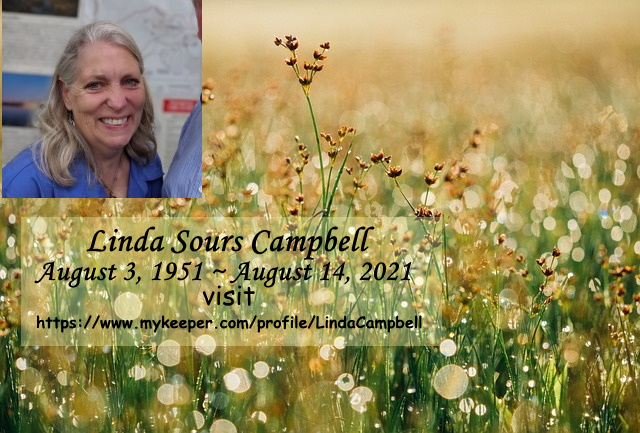 Margaret Claire (Foltz) Yancey, 92, of Luray, passed away on Tuesday, Aug. 10, 2021, at Skyview Springs Nursing and Rehab.
She was born on Nov. 8, 1928, in Luray and was a daughter of the late Irvin Foltz and Elizabeth Shaffer Foltz.
Margaret was a member of the Leaksville United Church of Christ. On April 17, 1956, she married Walter William Yancey, who died on April 17, 2012.
She is survived by a daughter, Barbara Thomas and husband David of Luray; a son, William Yancey and wife Rebecca of Luray; a sister-in-law, Wanda Foltz of Luray; three grandchildren, Brian Thomas of Greenville, S.C., Julie Austin and husband Derrick of College Station, Texas, and Hannah Mullins and husband Ryan of Clinton, Ky.; and a great-grandson, Wesley Mullins of Clinton, Ky. She was preceded in death by two sisters, Irma Sellers and Dorothy Kelley; and a brother, Max Foltz.
Family will receive friends Friday at 1 pm on Friday August 13 and the funeral service will follow at 2 p.m. at the Leaksville United Church of Christ in Luray by the Rev. Laura Shultz. Burial will be in the church cemetery.
Memorial contributions may be made to the Leaksville United Church of Christ.

On June 16, 2021, the Good Lord called Iris home. She enjoyed time spent with many family, and friends in her lifetime all over Virginia. She spent her final years in Page County, living in Hope Mill Acres, enjoying time with her family, friends, and her church family at Page UMC. Iris had a great sense of humor, and was quite social during her outings. She had a sharp wit, and was loving, kind, caring and generous. The world is certainly a lesser place without her.
In her youth, Iris was a talented musician and played in a large accordion band that traveled to many places to play, including the VA Hospital for veterans and many other hospitals and community centers in Roanoke, VA.
Iris loved to read, and she read books and e-books on her Kindle up to the last 6 months of her life, even with advanced macular degeneration. She preferred historical and romantic series works based on early western American history. She also had an active computer and email account until she was over 90. As an executive professional, she was supremely organized. Her family and friends considered her “quite particular” when it came to her personal and business affairs. Iris was an avid traveler in her earlier years, with many trips inside and outside the U.S. The western states of America were her absolute favorite place to visit, and she went many times, especially to Arizona and New Mexico The Caribbean was another favorite destination. She took particular interest in maps and atlases.
Iris was very interested in family histories, and compiled a detailed and extensive genealogical set of records. She spent thousands of hours over 50 years on this data collection.
Iris was an active member of Page United Methodist Church, the United Methodist Women, the United Daughters of the Confederacy, the Daughters of the American Revolution, and was a Trustee of the Warren Rifles Confederate Museum in Front Royal, VA, where many of her family heirlooms now reside. Iris was also very active in the Women of the Moose – Front Royal Chapter, where she held several important positions.
Iris was born November 10, 1925 in Roanoke, Virginia to John Hammet Wilkes and Verna Gertrude Howell Wilkes. She spent her early years among a large family of aunts, uncles and cousins in the Roanoke, Bedford County, Campbell County, and Lynchburg areas. She moved to Front Royal, Virginia after High School and got her first job at 17 with Western Union. She also worked for American Viscose (later FMC and AVTEX Fibers), before moving to Northern Virginia after getting married. She worked for the Department of the Army in Washington, D.C. for a short while, before transferring to the Department of the Navy.
She worked the majority of her career, over 23 years, as an Executive Secretary with the Gillette Safety Razor Sales Division located near Seven Corners, Virginia. She retired in 1984, and moved back to Front Royal to live with, and care for, her mother.
She had one brother, John Hammet “Jakey” Wilkes, Jr., who was younger by five years.
She married Calvin Nathaniel Hines on June 7, 1945 in Front Royal. Both of their families were from the Lynchburg/Roanoke area and moved to Front Royal for work at the then-new American Viscose plant. They had two children, Carolyn Sue Hines Chrisman in 1947, and Donald Wayne Hines in 1948.
She was predeceased by her parents, her husband, her brother, and her son, as well as an infant granddaughter, Kimberly Dawn Chrisman.
Surviving are her daughter, Carolyn Sue Hines Chrisman and her husband Roger, with whom she lived the last 27 years of her life. A daughter-in-law, Josie Hines of Murray, Kentucky. Three grandsons, Bryan Todd Chrisman of Bentonville, VA; Chad Evan Chrisman, and wife Karen of Ashburn, VA, and Travis Nathaniel Orndorff of Frederick County, VA; two great-grand-children, Braden Matthew Chrisman and Tayler Anne Chrisman, both of Ashburn, VA. She is also survived by her family dog, buddy.
A Service remembering Iris will be held on Friday. June 18, 2021 at the Page United Methodist Church located at 1062 Springfield Road, Luray, VA 22835. Family and Friends are invited to the Church Sanctuary at 2 PM for visitation. The Service will begin at 3 PM, and be directed by Pastor Laura Stratton. Maddox Funeral Home will be directing the funeral arrangements.
After the service, there will be a brief graveside service at Prospect Hill Cemetery in Front Royal, VA, where she will be laid to rest beside her husband, parents, and family. Sammy Campbell, a long-time friend of Iris and the family, will officiate.
Active Pall Bearers will be Bryan Chrisman, Chad Chrisman, Braden Chrisman, Sammy Campbell, David Thomas, and David Chrisman.
Honorary Pall Bearers will be Jim Wigton, Ira “Bubby” Fristoe, Richard Chrisman, Vince Miller, and the Members of the Page United Methodist Church.
In lieu of flowers, the family asks for consideration of memorial donations in Iris’ name to the Page United Methodist Church.
​