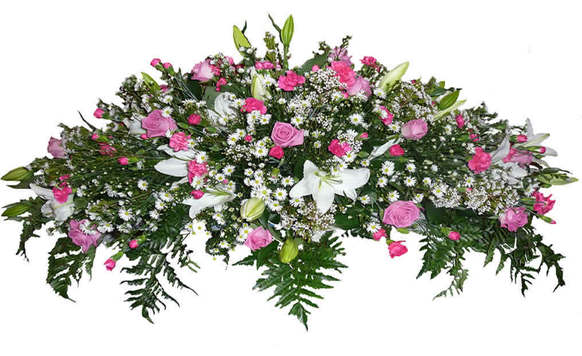 Former Editor & Publisher of " The Pager " Newsletter  will be missed.

Born in 1937 in Washington, D.C. to Glenn and Georgia Wolfe. She had a unique childhood living in Washington near the National Mall during the school year and then spending each summer on a family farm in Apple Grove, Ohio. Georgia was known in Ohio as “Happy”. She graduated from McKinley Tech in Washington and went on to earn her B.S. in Journalism from the University of Maryland.
She happily married Roy C. Bell and worked as an editor for the Government Services Administration. They moved to Maryland and had a daughter, Cynthia Bell, who attended Grace Brethren Christian School. Georgia was known for her kindness and service at Cindy’s school. She sewed beautiful costumes for plays and pitched in wherever needed.
Roy retired from the U.S. Capitol Police and they moved to Luray, VA where they lived for 20 years with a view of the mountains and the Shenandoah River. They made many friends in Luray. Georgia particularly enjoyed editing and publishing the monthly church newsletter the Pager for Page United Methodist Church.
She leaves behind her daughter Cindi Rogers, son-in-law Mike Rogers and three grandchildren – Aurora, Roxanne, and Max – who could do nothing wrong in her eyes.
The family will receive friends on Thursday, October 27, from 7:00 to 9:00 p.m. at Maddox Funeral Home , 105 West Main Street, Front Royal, VA 22630.
A funeral service will be held on Friday, October 28, 2016 at 2:00 p.m. at Page United Methodist Church, 1062 Springfield Rd. Luray, VA 22835 conducted by Rev. Laura Stratton. Burial will follow in Beahms Chapel Cemetery.